A West Hollywood medical marijuana dispensary was recently robbed at gunpoint. The Los Angeles County Sheriff’s Department was able to locate and arrest three men in a nearby city who they believe robbed this shop, according to KTLA. 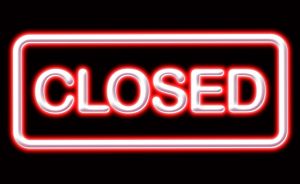 According to police reports, three men went to the Farmacy Medical Marijuana Dispensary, located on Santa Monica Boulevard, around 8:00 p.m. The men reportedly closed the front door behind as they entered the shop. One of the men used a gun to hold up six of the store’s employees while the two other men tied their hands up. After tying the employees up and forcing them to the ground, the manager was marched to the back of the store where the manager was ordered to open the safe. The robbers took the dispensary’s cash in addition to employees’ belongings and other store property.

Our Los Angeles medical marijuana attorneys understand that the Los Angeles Sheriff’s Department and other local law enforcement agencies oftentimes blame dispensaries for being robbery victims. The funny thing is that victims aren’t blamed in many other crimes. You don’t see law enforcement officers pointing the finger at convenience store clerks for store robberies, and medical marijuana robberies should be no different. These employees deserve the same protection and should have the same thorough investigations as any other company in the event of a crime. The industry is legal under California state law and these shops should be treated equally and fairly.

The three robbers allegedly stole medical marijuana, money and the employees’ cell phones. The three men left the shop and fled the scene after obtaining the property. No injuries were reported.

After a short investigation, the Los Angeles County Sheriff’s deputies determined that the three men were on their way to the Lancaster area. Sheriff’s at the station in Lancaster later found the men at a home in the city. Information regarding the location of that home has not been released.

The three men have been arrested on suspicion of kidnapping and robbery. One of the men is being held without bail as he was also arrested for violating parole. The other two are being held on $100,000 bail.

After obtaining a search warrant for that Lancaster home, officers located some of the employees’ property inside that house. The weapons used in the robbery were also reportedly discovered on location.

Medical marijuana shops are oftentimes blamed for attracting bad business and crime. This isn’t true. Recent studies have proven that the locations of pot shops do not alter the amount of crime in an area. These shops deserve to be protected and treated as any other business in the city. Medical marijuana was legalized by voters back in 1996 under Proposition 215 and shops have every right to operate in the state, meaning the same business practices and protection should be offered just as any other company would receive.

The CANNABIS LAW GROUP offers experienced an aggressive representation for those within the medical marijuana industry in Southern California. If you feel you’ve been treated unfairly and need to speak with an attorney, contact our firm. Call 949-375-4734 for a confidential consultation to discuss your rights.