Los Angeles marijuana lawyers know the California Cannabis Equity Act of 2018 as an act of penance. It would never make up for the upended lives or communities torn asunder in a decades-long government failure that was the “War on Drugs.” It was an effort that cost untold billions, frequently sparked caustic tensions between police and the people and targeted mostly those in poor minority communities. But the programs meant to give a leg up to those unfairly affected appears to have hit many stalls and snags. Some wonder if that wasn’t intentional, given that the program has been controversial in some circles. 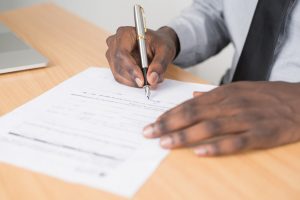 When California voters legalized recreational marijuana for adults in 2016, suddenly there were people getting rich doing the same thing that led to arrests, prosecution and harsh minimum mandatory prison term for tens of thousands. Even after their release from incarceration, the government’s civil seizure of  all assets even tenuously connected to drugs, plus the stigma of a permanent “felon” label blocked access to student loans (sometimes any loans),  job opportunities and housing options.  The racial disparity of the impact stunning. The ACLU reporting blacks were arrested at a rate of four-fold higher than whites, despite basically the same usage rates. It was way worse in some communities, like Oakland, where black residents accounted for 27 percent of the population but 77 percent of those arrested for marijuana.

The concept of “cannabis equity” is that those hit much harder by harsher marijuana laws should now be extended lower entry barriers into the legal California cannabis market. California earned a fair amount of applause for the initiative, one no other legal marijuana state has launched. Funded by $10 million in loans, grants and support services, there are currently just four local branches operating  – Los Angeles, Oakland, Sacramento and San Francisco. But some report it’s not going so smoothly. As reported by Pew Charitable Trusts, a number of local equity offices (funded by the state’s Department of Cannabis Control and Regulation) have had trouble with launch – potentially delivering yet another blow to applicants, giving other non-equity program cannabis companies a head start into those markets.

Los Angeles marijuana business attorneys have seen issues with some of the following:

There is a belief shared among minority community advocates that the social equity system in Los Angeles especially was “set up to fail.”

There is talk more money could be allocated to the programs, which could possibly be used to extend 4-to-5-year no-interest loans to social equity marijuana business owners – so they wouldn’t have to rely as much or at all on private, potentially unscrupulous investors.

Those interested in applying for the cannabis social equity program in Los Angeles would be wise to work with an attorney experienced in marijuana law. You cannot necessarily count on the state to look out for your interests, properly vet investors or protect against fraud. Your attorney can often fill that role and help you navigate this frustrating and slow-moving bureaucracy.