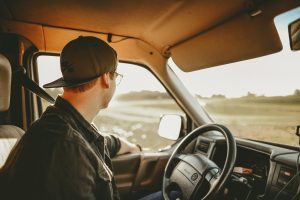 State marijuana regulators, given broad control by voters to regulate virtually every aspect of legal cannabis sales, maintain that when California voters passed Proposition 64 legalizing marijuana for recreational production, sales and possession, that included delivery services too. A spokesman for the agency noted that marijuana dispensaries that are regulated have tight security, verify each driver’s identity and legal age and are careful to make sure every employee is properly licensed.

Our Los Angeles marijuana delivery attorneys note that these services are an imperative for those who rely on the drug to help relieve anxiety or pain and how are unable to make the oftentimes long drive to make a purchase. In effect, they end up shut out by the legal market.

In a recent analysis by Forbes, it was noted that Uber and Lyft drivers were finding cannabis delivery services a superior alternative to the gig economy, where they frequently worked 14-hour days without employee benefits. (Ride share companies have worked hard to deny “employee” status to drivers, instead designating them contract employees.)

Regulations on California cannabis companies, meanwhile, require firms to hire marijuana delivery drivers as either part- or full-time employees, meaning they get more stable income, better pay and work less hours (or else are paid overtime for any hours worked over 40 in a standard work week).

Recently, a Bay Area company recruited some 200 marijuana delivery drivers previously working for local ride-share companies. They were hired as full-time employees, given healthcare benefits and a 401k plan. They also get 10 allotted yearly days of paid vacation and discounts on products (which they are not permitted to consume while driving). Each drover is vetted by local police and given a special identification, which they must relinquish if terminated, per state regulations.

Regulators: Pot Deliveries Can Be Made Throughout California, Dec. 9, 2018, Associated Press