California vineyards seeking to cash in on possible cannibdiol-infused (CBD) wines may benefit from provisions of the much-touted 2018 Farm Bill, which amended the federal Controlled Substances Act to remove restrictions on both hemp and hemp-derived CBD, which is unique from marijuana in its lack of THC, the psychoactive agent in cannabis. However, as experienced Orange County cannabis industry attorneys, we urge wineries to proceed with caution and legal consultation. 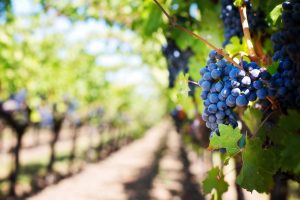 Although the impact of removing restrictions on hemp and hemp-derived products is likely to be significant, technically federal agricultural subsidies don’t rope in growers of vegetables and fruits – including grapes. Plus, even as the federal ban on marijuana lifted, many states – including California – still have laws on the books making it unlawful to infuse hemp in alcohol or food products. The Farm Bill expressly allows states to govern their own regulation of hemp production, the same as it does with alcohol.

Congress did direct states to both license and track any hemp produced from seed-to-sale, but gives state lawmakers the authority to impose tighter hemp regulations if they so choose. However, state rules can’t be any less strict than federal guidelines and those regulations do need to get the U.S. Secretary of Agriculture’s approval stamp.

Orange County marijuana business attorneys know that is likely to create complications for California vineyards hoping to hop into the hemp game. The good news is the farm bill does expressly allow commerce of hemp and hemp products across state lines, but that doesn’t mean trade will go on without a hitch. As it stands, numerous federal agencies have the right to interpret U.S. hemp laws however they see fit. That includes the DEA, the TTB, the FDA and the FTC. That leaves an awful lot of room for interpretation.

Although California is known globally for its production of wine and also for being the first state to allow legal marijuana for medicinal purposes (and now recreational), it’s still against the law to produce and sell both in the same place. If you do produce each, you must have an individual license for each.

The Farm Bill doesn’t make any note of this issue with regard to hemp, though it’s possible that an industry well-versed in grappling with government regulations to get a handle on hemp production – but only with the help of an experienced cannabis attorney to help navigate the tangle of regulation. Wineries are going to need to make sure whatever products they are producing are meeting state agricultural standards. Further that means exercising great caution when determining how hemp products are packaged and advertised.

It is expected that rule-making on hemp in California will begin next year, with licensing to follow shortly thereafter.

However, there is still one wildcard on the table: The White House. The 2018 Farm Bill was passed by both the Senate and the House of Representatives, but still requires the signature of the president. It’s unclear whether this issue is a priority for the current administration, given the many other situations with which its currently dealing.