Retail dispensaries in Michigan took a hard hit late last month after a state appeals court concluded that their operations were illegal and they were to shut down immediately, according to the Detroit Free Press. Retail dispensaries make up a large part of the state’s thriving medical marijuana economy. This shut down is going to affect more than these dispensaries. It’s going to greatly affect growers who distribute to these companies. 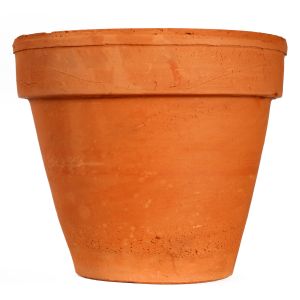 Medical marijuana in Riverside and elsewhere throughout the state of California has been through these same problems time and time again. Government officials enact regulations and bans on specific sectors and the affect is widespread throughout the medical marijuana industry. Each ban and regulation inadvertently affects you, the consumer. Although government officials contend regulations are for the betterment of the community, nothing can benefit a community better that a legitimate industry that can offer it’s funds, products, services and tax dollars.

Since patients will be forced to grow their own, suppliers of medical marijuana plant supplies see this newly effective ban as a blessing in disguise. weGrow, a franchise based out of California, recently said that it will open a store in Michigan by the end of the year. This store is expected to be about 10,000 sq. ft. It will help patients produce their own medicine since they’ll no longer be able to purchase their products at local dispensaries.

Dhar Mann, the founder of weGrow, says that the company currently has stores in Phoenix and Sacramento. He is currently looking to open a spot in the Detroit metro area as well. The negotiations with the franchise aren’t finalized, but he is confident that the Detroit location will be open by 2012.

weGrow exclusively caters to growers of medical marijuana. weGrow not only offers growing supplies, but also offers training seminars and growing advice. Medical marijuana patients can even become certified through the company. The Michigan store is expected to provide customers with an in-house physician as well.

Medical marijuana was legalized by state voters back in 2008. Since then, there has been a growing demand for indoor supplies. This demand has boosted demand for supplies from companies that have been in the area, and created a demand for newer stores.

Currently, a majority of the state’s medical marijuana is grown indoors. This is because law states that it has to be grown in a secure location where the crop can only be accessed by either a certified caregiver or a medical marijuana patient.

Regulations on the medical marijuana industry continue to burden suffering patients and continue to hinder a struggling economy. Without treating this industry as a legitimate business, everyone will continue to suffer.

The CANNABIS LAW GROUP is a law firm dedicated to the rights of medical marijuana patients, growers and collectives and has built a reputation for high-powered, aggressive legal representation of the medical marijuana industry in Southern California. Call 949-375-4734 for a confidential consultation to discuss your rights.