Federal drug laws, including laws requiring mandatory minimum sentences, have resulted in mass incarceration of thousands throughout the United States. Many non-violent offenders have faced decades in prison, even for low-level involvement in the drug trade, just because they had large volumes of controlled substances under their control. As public attitudes have relaxed, particularly towards possession or cultivation of marijuana, people serving long prison sentences for past offenses have not benefited from changing societal attitudes. 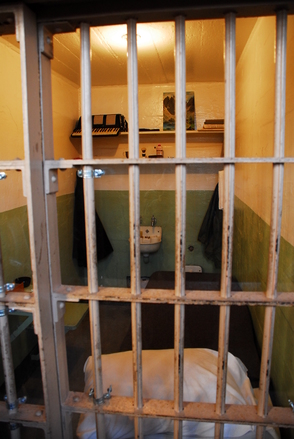 Fortunately, some efforts are being made to provide relief to people in prison facing long sentences because of past drug crimes. For example, The White House announced in December that President Barack Obama commuted the federal prison sentences of almost 100 people, all but two of whom had been sentenced to long prison terms as a result of drug involvement. In addition to commuting these sentences, the President also pardoned two people with past drug convictions who had already served their sentences but who were facing ongoing hardships due to past convictions.

The President commuted the sentences of a total of 95 men and women, most of whom had been in federal prison since the 1990’s. The offenders who were included in the list of those whose sentences were commuted had already served at least a decade of their time in prison, had no other significant criminal history other than a non-violent low-level drug offense, have no history of violence, and exhibited good behavior in prison.

This mass action commuting the sentences of so many drug defendants almost doubles the total number of people whose sentences the President has commuted over the seven years he has been serving in his office. In total, the President has commuted the sentence of 184 prisoners. This is a very small portion of the total number of people in federal prison due to drug crimes, but it is a significant step forward as it is more commutations than the previous five presidents’ combined totals.

Some of the defendants whose sentences were commuted by the President had been imprisoned for cocaine-related offenses; however, the President also commuted the sentences of people who were in federal prison serving decades-long sentences for marijuana-related crimes. Several of the prisoners who had their sentences commuted had actually been sentenced to life imprisonment.

Those who had their sentences commuted will be released from incarceration by April of 2016. A personal letter was sent by the president to each of those offenders whose sentences he commuted. The White House also indicated in its statement on the President’s efforts that most of the people who had their sentences commuted would have already finished serving their time if they were sentenced under current drug laws, as opposed to under the laws in the 1990’s which led to their draconian sentences.