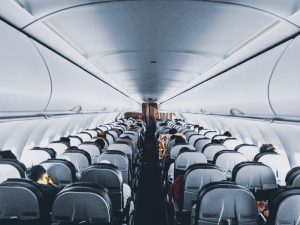 However, travelers – especially those with marijuana, hash or other concentrates – still have reason to be cautious. While state and local officials have jurisdiction at airports through security checkpoints, federal agencies control post-security checkpoint areas.

Federal law still considers marijuana a Schedule I narcotic, subject to severe penalties. CBD oil was downgraded to a Schedule V last year (and was later descheduled by the 2018 Farm Bill). Most traveler’s bags aren’t inspected beyond security checkpoints, but it’s not impossible, especially if one is intoxicated or there is a strong odor permeating through the bag. That probably won’t be an issue with CBD, which is less aromatic than the marijuana flower.

So Can I Bring My CBD Oil to the Airport?

Up until late last year, traveling by air with CBD was probably not a great idea. TSA’s position has always been that its primary focus is safety and security. They’re looking for weapons, not your joints and tinctures. Local police handle calls of illegal contraband from TSA. But once Prop. 64 passed, the exercise became pointless.

Major airports started officially relaxing rules on cannabis last fall, indicating that as long as a traveler is 21 or older and the amounts are within statutory guidelines (no more than 8 grams of liquids like CBD). If you’re flying to another destination in California, you should be fine.

Keep in mind that technically once you’re in the sky, you’re in federal airspace. However, Los Angeles CBD lawyers see it unlikely this will be an issue.

What If I’m Leaving the State or Coming From Elsewhere

Travelers need to consider the laws at each travel point. A number of states still consider marijuana possession a fairly serious criminal offense. Wherever you fly from is where you’re screened by security, so no matter how legal it is where you’re headed, it’s the laws in your departure state that probably deserve the most consideration.

With CBD now formally a Schedule V instead of Schedule I narcotic, it doesn’t pose the same outsized risk as possession of high-THC products, but it’s not something you can wholly ignore. Consider that in Ohio recently, a man was faced felony drug charges for purchase and possession of CBD oil (in his case, to treat anxiety). The judge reduced the charge from felony to misdemeanor, citing the reduced drug classification.

If you have to go through a customs process, consider the answer will depend on that country’s federal marijuana possession laws.

You Probably Shouldn’t Bring CBD Oil to an Airport, April 2019, The Atlantic