No matter how many states legalize recreational marijuana, the corporate policies of private companies can play a big role in whether people will actually imbibe. 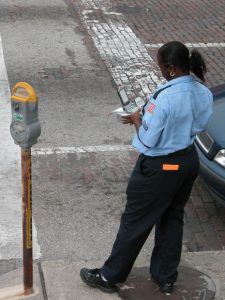 A recent study by the American Public Health Association, presented in Denver, delved into the issue of what mattered most to those in five state where voters were mulling legalization. The goal was to examine what regulatory approaches states might consider making if they wanted to influence usage.

Researchers surveyed some 535 adults in California, Florida, Arizona, Massachusetts and Michigan, weighing their responses in four different scenarios. What they discovered was:

But the biggest potential influence? Employers.

If states were to end employers’ right to fire workers for consuming marijuana outside of work, the number of people who would use marijuana would spike by 9 percent. Asked their reaction if there weren’t any workplace repercussions at all, respondents said their usage would go up by a full 20 percent.

Of course these figures might vary depending on how much a person likes or values their job. For example, someone in a low ages service-type position might decide it’s worth the risk and imbibe regardless of what the company policy is. However, a highly-paid physician or executive or engineer might decide that taking marijuana isn’t worth the potential financial and professional fall-out.

The Drug-Free Workplace Act allows employers to limit or prohibit an employees’ consumption of marijuana and they even have the right to test for it too. However, if cannabis was taken off the federal list of controlled substances, that would change. Marijuana remains oddly situated in that it is state-sanctioned and yet federally-prohibited.

A business group in Denver stated one of the biggest problems with drug testing of workers is that, similar to the challenges law enforcement face with DUI cases, there is no way to tell whether someone is impaired right now or whether they consumed it several weeks prior.

In Colorado, which approved sales of recreational marijuana in 2012, employers have varied on their approach. Companies that are rooted in the service sector are generally accepting of employees who use marijuana after work hours, so long as it isn’t clearly affecting their job performance. However, a lot of companies that are more safety-minded – construction, trucking, medical workers – have stuck with zero-tolerance policies.

The California Supreme Court decided in 2008 that the state’s 1996 Compassionate Use Act did not protect employees from being fired on the basis of medical marijuana use, so it’s unlikely that recreational users could expect the same protection. The Compassionate Use Act serves only to protect medical users and their primary caregivers from criminal liability – the court ruled – not to designate their respective rights and responsibilities to their employers.

In general, the hope is that marijuana will largely be treated like alcohol, which means employees have leeway to indulge during their off-time, but have to come to work with a clear mind.