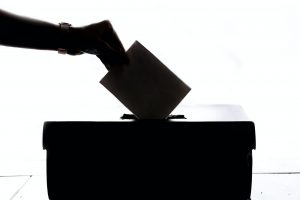 As noted by analysis in the New York Times, roughly 8 in 10 of the state’s local governments have outlawed the sale of marijuana within their borders, effectively creating marijuana retail deserts. Local governments’ loss of control is effectively evidenced by the huge – and growing – illicit marijuana market.

Whether the ballot initiative has any hope of passing is questionable. As a Los Angeles attorney practicing cannabis law, I think it’s a fair assumption that local governments aren’t likely to cede any of the control they currently hold. A big part of the battle to pass Proposition 64 was gaining local government buy-in. Assurance of local control, while controversial, made it more digestible and was one of the only reasons some cities didn’t fight it harder.

However, five years in, it’s become clear that reform is necessary if we want to wrest control from the black market. Addressing issues of taxes and local control is going to be critical.

Organizations that represent cities so far haven’t commented on the effort, saying they don’t offer opinions on proposed ballot measures that have not officially qualified. Still, blanket statements were issued to the effect that local control of cannabis issues is something they still staunchly support.

The effort of the cannabis activists is still in the early stages. Just getting the question in front of voters is estimated to cost $6 million on the low-side. The current planning phase involves discussions with lawmakers, lawyers and industry insiders and weighing whether such a measure would be best suited for presentation next year or in 2024.

Should California reform its marijuana laws? Why advocates want cannabis back on the ballot, April 20, 2021, By Andrew Sheeler, Sacramento Bee