As one president after another over the last two decades has shown little interest in closing the yawning gap between state and federal marijuana laws, the future of cannabis in California – and the rest of America – may rest in the hands of the nation’s courts. 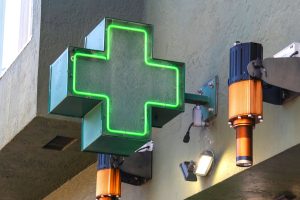 Over the last two decades, more 37 states have legalized medical marijuana and 19 allow adults to use recreationally. Yet sales across state borders are still aren’t happening, largely because the drug remains illegal at the federal level.

Cannabis has become a multibillion-dollar-a-year industry in California and across the U.S. But the federal government has pushed off regulation responsibility to the states – leaving a lot of open questions and hesitation on everything from security to labeling requirements to banking to insurance.

Ultimately, it may be the judicial branch of government that takes the reins on the issue. The problem with this is that the impact of the courts’ approach may be somewhat chaotic, potentially undermining efforts to protect public health and ensure industry diversity.

As our Orange County cannabis lawyers can explain, there are some states like California with cannabis programs that have been meticulously crafted to meet certain goals beyond merely legalization of adult recreational use. For instance, a top priority for some states has been ensuring that those awarded cannabis business licenses are either people of color and/or those who were somehow disproportionately affected by the failed war on drugs.

Now enter the courts. Those diversity programs typically require license recipients be state residents. But in a recent 2-1 federal opinion by the 1st Circuit Court of Appeals, justices ruled this was unconstitutional. That ruling likely means we’ll see some changes and shifts in state-level import and export bans. Some states are already positioning themselves to be able to hit the ground running with a national market for marijuana sales.

Recently, California’s governor, Gavin Newsom, signed into law a measure that imbues the state with the right to enter into agreements with other states regarding the regulation of cannabis imports and exports. A similar bill was passed a few years ago in Oregon, and New Jersey is considering something similar.

Still, the fact that court rulings could mean the whittling down of consumer protections and industry diversity efforts has many advocates calling for Congress to take charge and overhaul federal cannabis rules in a way that will realistically reflect what’s happening at the state level.

After all, the Commerce Clause portion of the U.S. Constitution entrusts Congress with the authority to regulate commerce at both the interstate and international levels. The flip side of that, the dormant Commerce Clause – the doctrine seized on the the 1st Circuit Court of Appeals – is that states aren’t allowed to discriminate against or burden interstate commerce. The case that gave rise to the appeal involved a medical marijuana law in Maine that required all officers or directors of a marijuana dispensary be residents of the state. One of those dispensaries with multi-state holdings sued over that residency provision. A coalition of smaller medical marijuana caregivers intervened, hoping to hang onto the 75 percent medical marijuana market share held by smaller operators. (Corporate domination in the market is an increasing concern.)

Meanwhile, other courts have ruled unfavorably against residency requirements as well. For instance, a federal trial court in Michigan ruled against a city government that was defending licensing rules that favored long-term residents. Also last year, a federal court in Missouri disavowed that state’s residency requirements for marijuana businesses. In both of those cases, the federal courts pointed to the dormant Commerce Clause.

END_OF_DOCUMENT_TOKEN_TO_BE_REPLACED

Regulators of California’s marijuana industry want to put a stop on so-called “laboratory shopping” by growers and retailers. The practice reportedly involves cannabis companies being drawn to working with testing sites that have a reputation for landing on higher THC concentrations in marijuana products, thus allowing those goods to be sold at a premium. 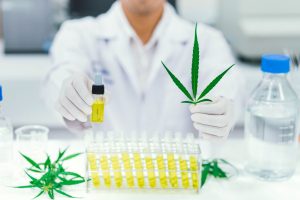 As our Los Angeles cannabis business lawyers can explain, while the state has clear guidelines in place mandating marijuana products be screened for contaminants and THC content by licensed testing facilities, what is lacking is any sort of uniform methodology to do so. The result of that is that two facilities may be using different processes, ultimately leading to a variation of findings.

Products with a greater THC concentration (which has the greatest potential for intoxication) are going to be in higher demand. The state’s problem is a pattern it has identified of marijuana growers shopping around for labs that employ testing methods that have a greater tendency to indicate a higher THC concentration.

In an effort to drill down on this matter, the state’s Department of Cannabis Control recently initiated the process of rulemaking that would ultimately lead to development of a standard test method that would need to be adopted by all licensed cannabis testing labs. The state agency’s director said this issue comes about partially as a result of regulating an industry that lacks federal recognition, and thus has no standard, validated testing methods. Licensed labs have reportedly issued THC concentration data that may be inconsistent – or possibly even inaccurate – according to the agency. Having a streamlined testing process, the agency said in a press release, will improve testing accuracy, stakeholder confidence, and market integrity.

Public comment on the proposed testing method rules is being accepted through July, with a public hearing scheduled for the first day of August. END_OF_DOCUMENT_TOKEN_TO_BE_REPLACED 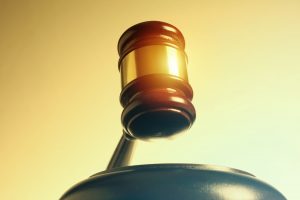 Similar challenges have been brought before in other courts, but as our Los Angeles marijuana business lawyers can explain, this is the first to reach a federal appellate court. A ruling by the First Circuit could have a substantial impact for the cannabis industry throughout the country. END_OF_DOCUMENT_TOKEN_TO_BE_REPLACED

As noted by analysis in the New York Times, roughly 8 in 10 of the state’s local governments have outlawed the sale of marijuana within their borders, effectively creating marijuana retail deserts. Local governments’ loss of control is effectively evidenced by the huge – and growing – illicit marijuana market. END_OF_DOCUMENT_TOKEN_TO_BE_REPLACED